What does an audio interface do?

Basically an audio interface connects an audio source ( mic/guitar/DJ Mixer) to a Computer where you might be Recording or Managing sound to Speakers. An audio interface upgrades the sound output of a computer.  Most computer sound cards and outputs are not intended for higher resolution output associated with music recording/production and DJ production. An audio interface prepares sound that you input into your computer.   Assists you to record with a higher quality sound resolution.

Ask yourself?   Do I need more inputs to allow for e.g.  Vocal and Guitar input at once.

The mix can be input separately into a computer so editing levels independently on your recording program is possible.

Multiple outputs to multiple sources... for e.g.. you performing a live set whilst recording into a device, you'll need separate outputs.

If you need to input from older retro music equipment via the MIDI -output.

USB Audio Interfaces are popular, offering a very common connection which is fast. 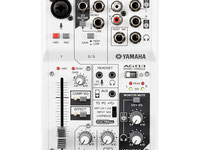 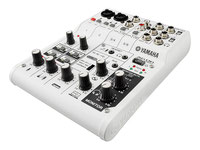 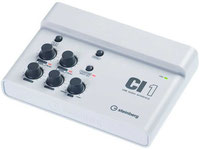 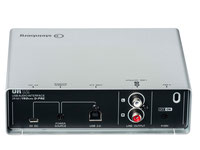 We Sell and Service Musical Instruments for Mackay and Surrounding Districts.

Happy to assist you with your Musical Enquires.

This site shows a small but important selection of Products found in store.

Or we can contact you - with items to suit.

* Freight to Remote Destinations - We will contact you to confirm if Freight is possible and any extra costs.       (includes Australia and overseas)

* Freight costs for unboxed goods - Freight will need to be individually quoted for unboxed items.

Covid-19 Announcement - Yamaha Music Mackay will continue to be there for you to answer your questions via phone and email. We will be continuing with In-store & online sales as normal. There may be delivery delays due to changes in Shipping Restrictions. We will continue to provide the best service we can under the strain of the current situation.